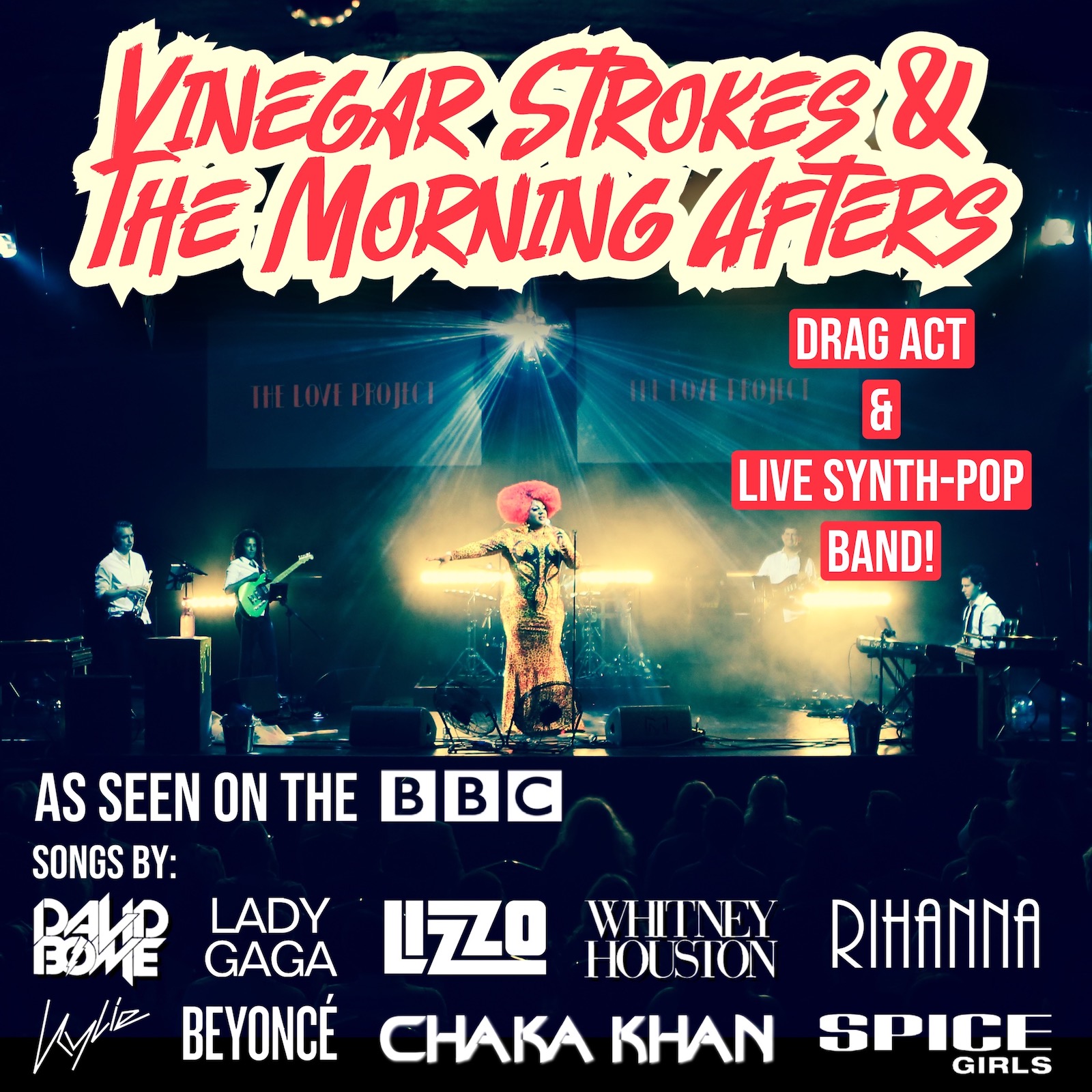 for Vinegar Strokes & The Morning Afters and other Twisted Noise Troupe acts!

Vinegar Strokes & The Morning Afters are a sizzling 6-piece band of misfits that come together to fuse the sounds of synth-pop and classic cabaret!

Our front woman, Vinegar Strokes, shot to fame when she strutted her heels on RuPaul's Drag Race UK. She is now the official recap queen for Drag Race! An accomplished theatre queen, Vinegar appeared in the original West End cast of the hit musical 'Everybody's Talking About Jamie' and the Dragatha Christie murder mystery, 'Death Drop'.

Backed by 'The Morning Afters', a selection of London's most talented and frisky session musicians, you are set to witness something that will truly blow you away!